here's another new pic outside basmaya near baghdad 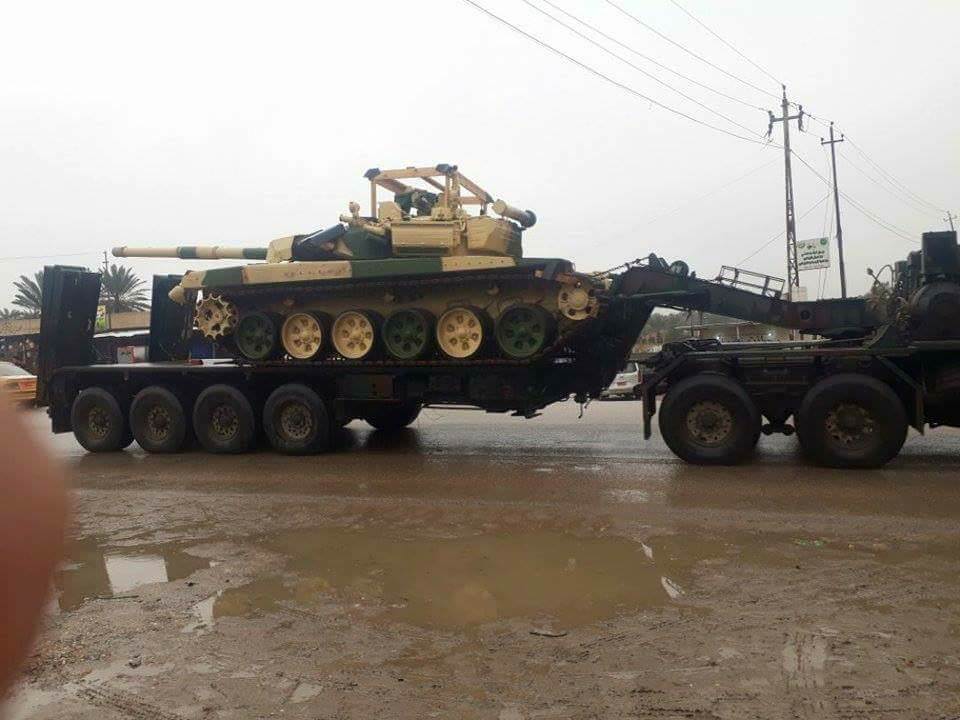 I don't know... maybe there is shtora there after all?
أعلى

As I said those look like the front fenders. Just removed and stored near the turret for transport. Not necessarily covering anything
أعلى

in reality, Russia's upgraded T90M has also gotten rid of the "shtora eyes"... because its a big transmitter that would immediately attract the attention of enemy forces from a very long distance.

Lets see what the Iraqis planned... the other elements of Shtora are still there.
أعلى

Commenting on the photos of the first T-90s delivered to Iraq, a number of Russian and foreign media, including respectable and specialized ones, write about 73 T-90S tanks, the contract for which was allegedly signed either in 2016 or in 2017 .

In fact, this is the nonsense of people who know nothing about this contract. So far, the only reliable information that has been published, comes from Chapter Ava Defense Committee in the Iraqi Parliament - Hakim al-Zamili, which cites RBC with reference to RIA "Novosti" .According to him, a party of 10 tanks is on the way and will soon arrive in Iraq. Their transportation from Russia began on February 15. Az-Zamili said that the supply of Russian tanks to Iraq would lead to "a strategic change in the military infrastructure of Iraq, as they have modern technology and are aimed at combating terrorism."
But even this information is only partly true.
This really is about a party of 10 tanks. However, on February 15, they were already unloaded from transport and hit the lens of curious Iraqi motorists. On February 15, these tanks were already in Iraq.
As for the shipment, it happened much earlier, possibly at the end of 2017. The fact is that the well-known video with night loading of tanks for transport was uploaded to YouTube on January 16th. So either Hakim Az-Zamili deliberately induces a "shadow on the wattle fence," or he was misunderstood / translated by journalists.
February 8, Russia's ambassador to Iraq Maxim Maximov said that the first batch of T-90S tanks in the amount of 46 units will be "soon delivered to Iraq."


It is worth recalling that the whole story with the Iraqi contract surfaced in early 2017, after the merged report of Uralvagonzavod, which describes in detail the directions and prospects of military-technical cooperation. In particular, it said:
Priority directions of military-technical cooperation in 2017 are:
...
- the implementation of the contract with the customer "368" (Iraq .-- note) for the delivery of the first batch of 73 T-90S / SC tanks.
According to him, a party of ten tanks is on the way and will soon arrive in Iraq. Their transportation from Russia began on February 15. Az-Zamili said that the supply of Russian tanks to Iraq would lead to "a strategic change in the military infrastructure of Iraq, as they have modern technology and are aimed at combating terrorism." More information on RBC: https://www.rbc.ru/rbcfreenews/5a880d919a7947f2bb651e38

That is, 73 tanks are not all tanks under the contract, but only a part of them. And 2017 is the year of the beginning of the delivery. All the rest - fudge and insinuatsii.Pri this must be understood that 73 tanks are difficult to ship at a time. It is therefore logical that they will be sent in parts, which actually happened. The way - in fact one - by the sea. Before Iraq, it will take no less than a month, and even more. Well, since earlier T-90S in Iraq did not shine, I conclude that the implementation of the contract actually started at the end of 2017. And these 10 tanks, really the first shipment of 46 cars mentioned by our ambassador. The rest will follow later. In any case, a week ago, when visiting the UVZ Yuri Borisov, we were shown an assembly of cars of the Iraqi contract with numbers I-50 and I-71. But these are not the final machines ...


In fact, the contract provides for the supply of 110 tanks T-90S and SK, as well as 9 pieces of BREM-1M and 4 pieces of IMR-3M. And it was concluded not in 2016 and certainly not in 2017, but in April 2014! Buying tanks is not the same thing as buying burgers at McDonald's. Since the conclusion of the contract, until the time of its implementation, as a rule, several years pass. The fact is that there is a certain "portfolio of orders" and a very serious queue. I will recall only one "extraordinary" supply - 4 T-90S vehicles to Turkmenistan. Then turkmen had to pay a very serious price for urgency and for the fact that the Russian tank builders had to "push" the Algerians several times. The contract was prepared and that longer - the Iraq delegation visiting "Uralvagonzavod" with the purpose of acquaintance with manufacture and negotiations, somewhere else in 2004-2008 - I do not remember exactly as a memory - it is necessary to raise very old records. Thus, the cycle from the beginning of negotiations to implementation can take more than 10 years.


Since the tanks at our UVZ are produced for each customer on an individual basis, the cars delivered to Iraq also differ from all other T-90S. For as long as I have not checked the information, they have the designation "Product 188CI" and, accordingly, they can be CONDITIONEDLY called T-90SI. Where "I" is Iraq, as once "A" - Algeria.

plus about 10-15 vehicles for the TOS-1 launchers and reloaders. 140 hulls in total.
أعلى

According to Tactic.cell in facebook they expected BMP-3 to be received later.


And according to one report:-

By the way here are pics of T-90 3rd-generation battle tanks arrives to Algeria, for comparison!. 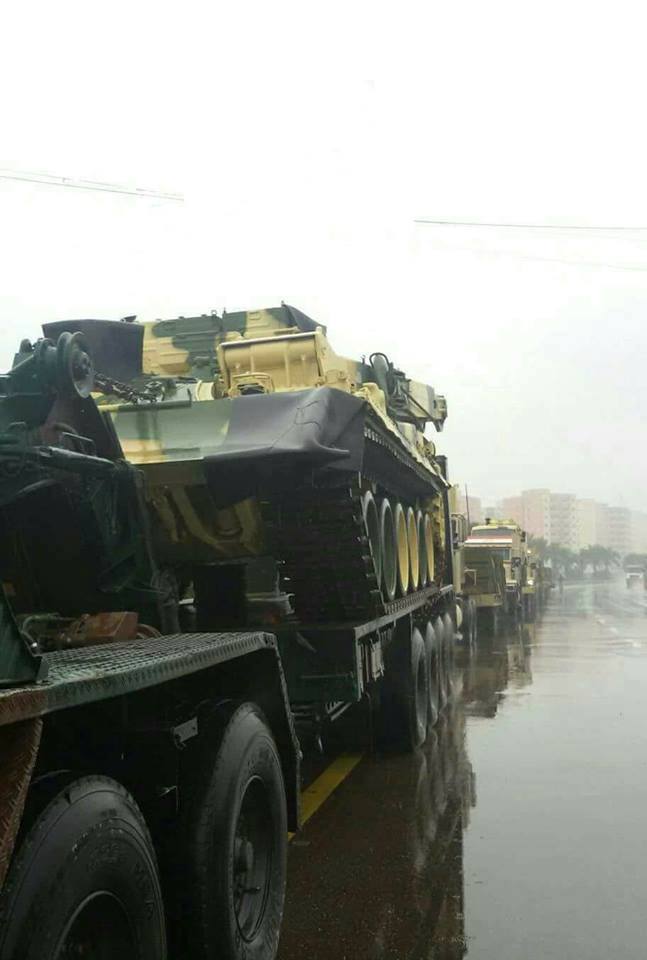 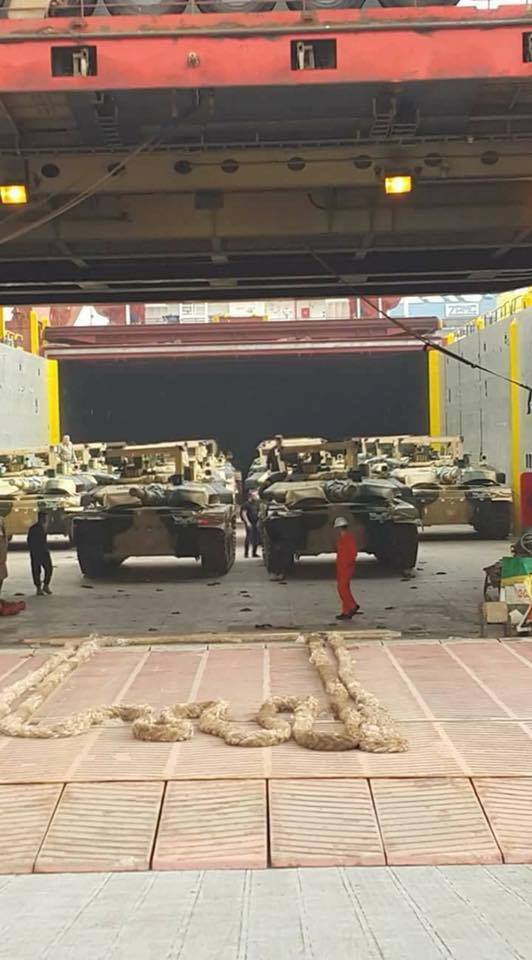 thanks for that update tango.

Does this mean that this brigade is a tripartite organization? With 2 tank battalions and plus a mechanical battalion?
أعلى


so by summer we should have three "proper" armoured brigades.
2x M1A1M
1x T90S

and a further 2 tank brigades with T-72s.

so I would guess that the 9th division will keep the 3 "modern" armoured brigades and the 2 T72 brigades could be organised into 2 mechanised divisions?

With Iraq's financial difficulties and the need to build civilian infrastructure, I doubt we'll see more tanks. I expect the only things they'll spend "big money" on for the next 5 years will be long range air defence... I don't even think they will buy Russian Jets... or maybe just 12-15 of them.
أعلى 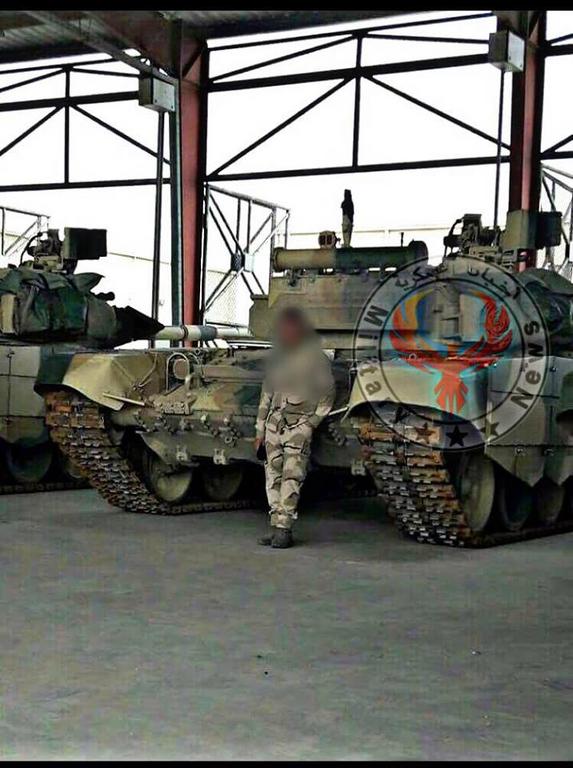 the shtora eyes seem to be removed from the T90M upgrades for Russia too. So I would say that their utility was outweighed by the emmissions telling all and sundry about their location. 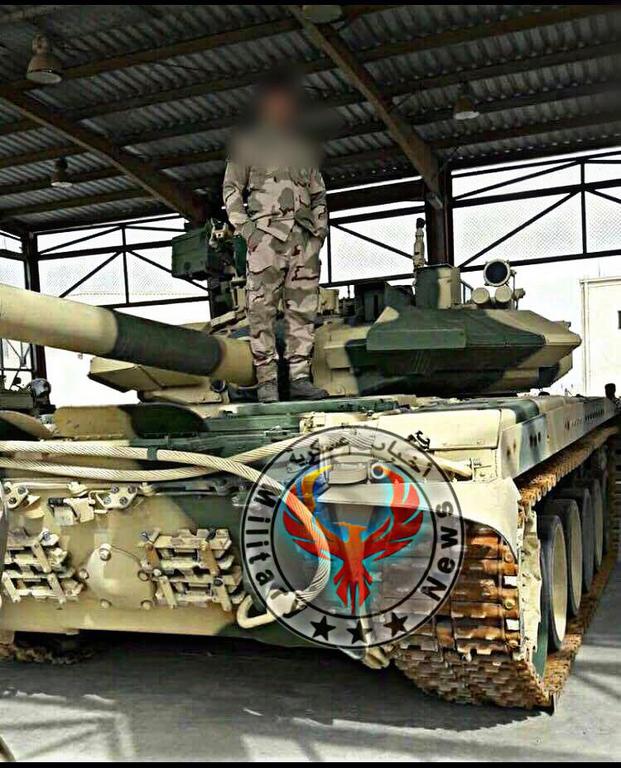