Simply we don't know the number of t72s.

so your friends in the MOD confirmed the numbers as per your original post :

so your friends in the MOD confirmed the numbers as per your original post :


That is what they say , u see the use of T-72 was in small manner unlike the Abrams from the beginning of January of 2014 till august 2014 yet after that the use of T-72s was as much as the Abrams
isis is dumb cuz most of the Abrams hits with ATGMs were only disabling the Abrams and we lost 6 Abrams completely destroyed and 4 were captured later destroyed by the air campaign and 30 Abrams were heavily damaged but get fixed at Taji camp and another 30 were lightly damaged and got fixed
right now we have 100 Abrams working and 20 getting fixed at Taji
yet from beginning of 2014 till now we lost 18 T-72s completely and 20 damaged and getting fixed
and we lost 25 T-55s and type-59 and 15 get captured either by isis or peshmarga
we have now
(100) Abrams
(+300) T-72s
(150) T-55s
(5) Chieftains
(50) Type-59,69
العراق مهد الحضارة وارض الرجال الاوائل واصل الدين
فالرجولة ولدت في ارضنا والمجد ولد وصلى بها وقام
فما ذنبنا ان وضعنا الله في العلى ووضع غيرنا تحت الاقدام
فالرسول قال بأن الله انزل فينا الرحمة والعلم وكنوز الارض
فسنبقى نقاوم لاننا ابناء العراق
أعلى

before getting carried away with unrealistic dreams ("tactical cell" has made many many erroneous reports which they refuse to retract).

here's something from a few days ago.


note this:
they had no ammunition and had not fired the main gun!
أعلى 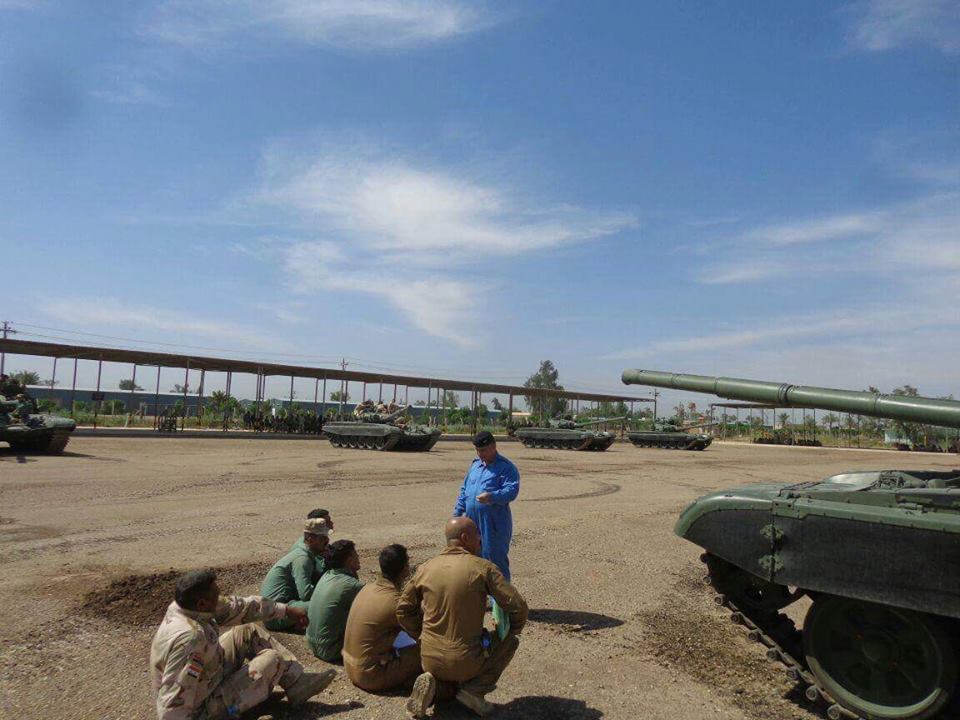 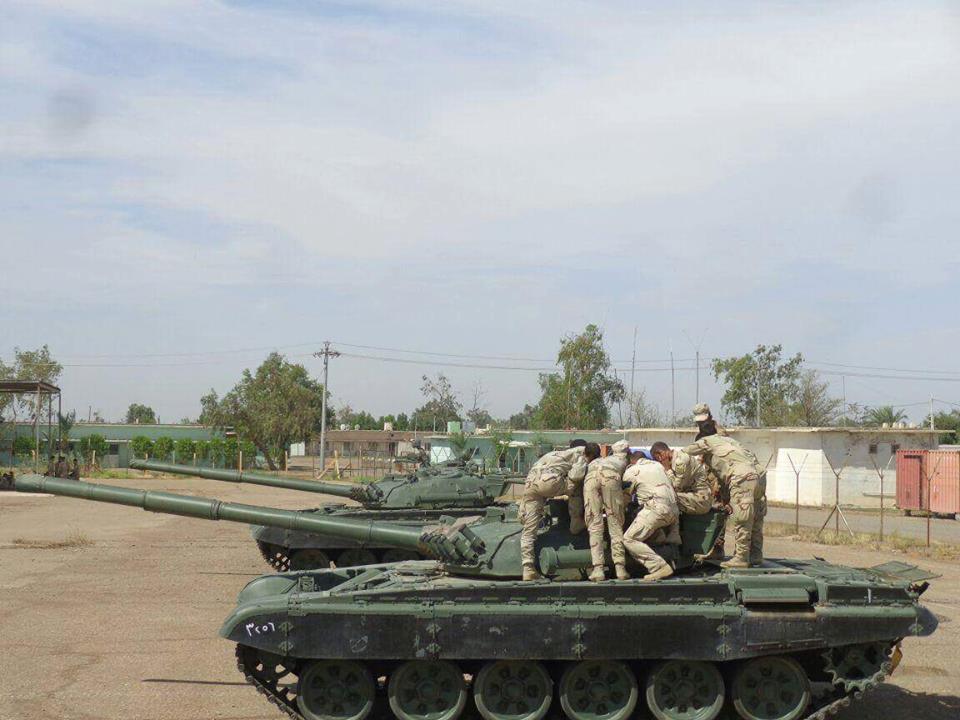 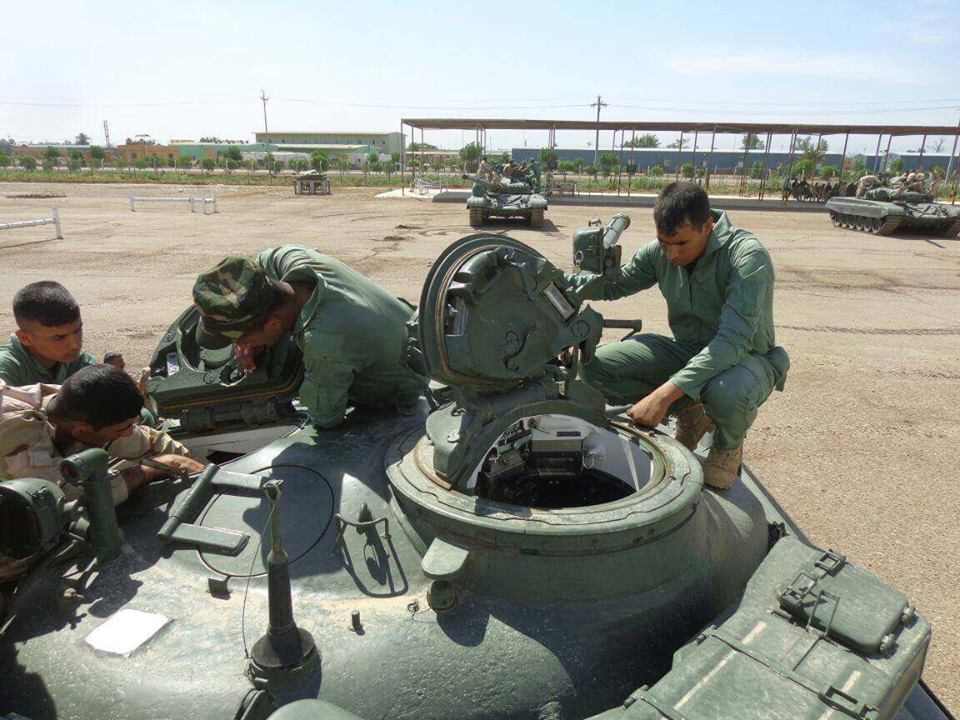 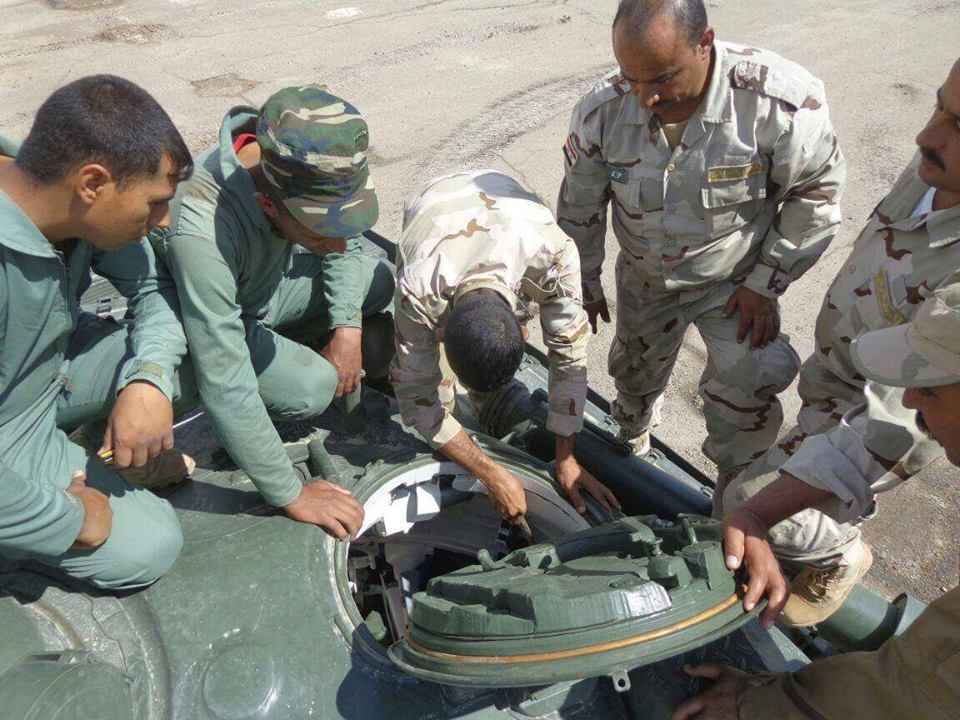 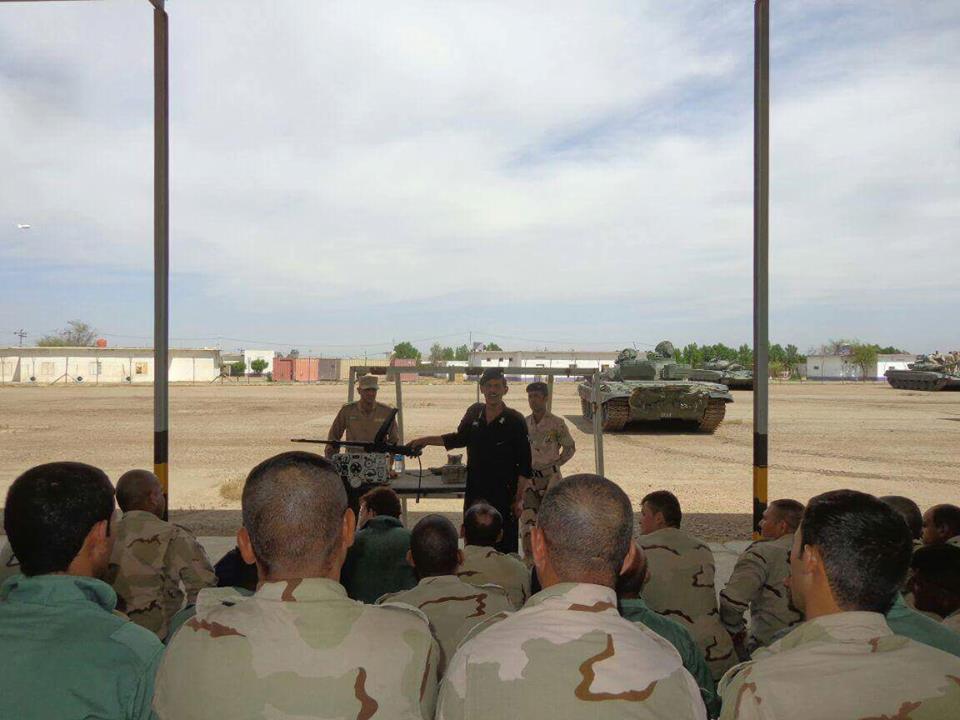 As we all know a few months ago the Ibn Al Majid Company announced that they havea programme to undertake local upgrade of tanks in association with a foreign company. They didn't specify which company.


Recently Uralvagonzavod (the manufacturer of T72 and T90 tanks) released a new upgrade for the T72 that they said was developed for middle eastern needs.

There is discussion if the update for the T72 is for Iraq. The exhibition "City" was presented to the tank painted in the so-called desert camouflage. Typically, such coloring indicates that the car is actively trying to promote in the country with a hot climate. According to military expert Victor Murakhovski, the Russian army is not considered a priority for these tanks procurement and more focused on universal machines. "Now the army are deeply purchase upgraded versions of the T-72, in versions even more advanced than previously procuring the T-72B3".

Therefore, when the tank manufacturer for the development of urban combat, of course, counting on the fact that they are interested in those countries where military operations are conducted.
Now the manufacturer offers a complete tanks on request, depending on specific conditions. Modules developed for the protection and the mobility of the tank in the fire control system with a complete set of sights. In general, our manufacturers are on the adage: "every whim for your money."
"Now there are about 20, maybe even more options that can be Packaged according to customer, depending on their specific conditions. What has been shown in Kazakhstan, is one example of such a modular configuration, "- says Murakhovski.
" Urban Tank "is indispensable for fighting in urban and industrial building. It is equipped with a so-called vserakursny enhanced protection. T-72 is covered by a set of modular dynamic protection screens mounted on the hull and turret. The rear part is protected by special latticed screens for counter shots from a grenade launcher. In addition, in front of the tank mounted dozer blade for clearing streets of abandoned equipment, barricades and debris. At the T-72 heavy machine gun has no remote control. The commander of a tank to fire you need to lean out of the car. To protect the management of circular firing of anti-aircraft machine gun on a tank equipped with a special bulletproof cockpit, or as it is called in the army, the birdhouse. There is an automatic system of smoke screen by irradiating laser rangefinders or anti-tank weapons. For other characteristics, in principle, is not much different from other T-72 tanks, offered for export.
"The manufacturer offers low cost options tank improvements, which, however, radically improve the combat effectiveness - Murakhovski said. - These machines will be of interest to those countries that already have operating experience of T-72 tanks and a sort of them are very attractive. " Now, for example, in Iraq, our Army T-72s are in service in parallel with the "Abrams". And our tanks do not look worse than the US. The Syrian army a whole line of Soviet tanks from the old man's T-55 and finishing T-90 "Vladimir".
"However, the version of the tank for urban warfare in these countries, in fact, not. "Craftsmen" independently mounted on the protection of the tanks made ​​artisanal way. Comes to the fact that they start to concrete parts of the tank to enhance the protection, so this tank it will be very interesting, "- says Murakhovski. He also believes that the new machine will be interested in the Afghan army. However, those countries that are already fairly exhausted by the war, do not have a lot of money for bulk purchases of tanks, and if we go on deliveries, then they most likely will not be very large. Alexander Stepanov Published in the newspaper "Moskovsky Komsomolets" number 27119 on June 6, 2016
أعلى