Iraqi OSV in the thired quarter

On Florida's west coast, RiverHawk Fast Sea Frames remains busy with U.S. Foreign Military Sales or FMS contracts. Jacob Shuford, RiverHawk's Development Director, said “our offshore support vessels One and Two are scheduled to be delivered to the U.S. Navy in March and June, respectively, and both should be delivered to the Iraqi Navy in third-quarter 2012. They are 60 meters long, 11.2 meters in breadth, with a design draft of 3.9 meters.” The vessels are being built under a contract administered by the U.S. Naval Sea Systems Command. RiverHawk is the prime contractor, with Gulf Island Marine Fabricators in Houma subcontracted to make the vessels' steel hulls and aluminum deckhouses and to do outfitting. The OSVs will be equipped with helicopter decks, fast attack boats and guns.

any idea if iraq is buying any helicopters for the navy or any maritime patrol capability?
أعلى

The Iraqi navy did get the Scan Eagle drone for maritime patrol , I placed the update under Drones. As for navy helo’s there is nothing about that , only hopes and wishes of Iraqi commanders. Abu Husain al-Iraqi ; I have placed the pictures under (VSD Training) Just open the Link . Tango ; I understand what you are talking about with the Saettia Mk4 patrol boats- about them being three- since one was hit a Chinese ship- yet that ship was repaired and is back to active duty ( a lot of sources mentioned that) so they are 4 not three. If you want to know correctly what Iraq has, don’t go to wiki , but check- Montrose Toast- by my good friend DJ.
أعلى

Thanks, Zain, for the correction.
أعلى

This is the last vessel in the current 12-ship procurement designed to help reconstitute Iraq's ability to enforce maritime sovereignty and security in the Northern Persian Gulf.

The U.S. Navy and Swiftships Shipbuilders LLC, Morgan City, La., supported the Iraqi navy in the procurement and construction of the patrol boats. The boats are armed with a 30mm gun weapon system, provide for a crew of 25, and are capable of reaching 30 knots.

PEO Ships manages the design and construction of all U.S. Navy destroyers, amphibious ships, special mission and support ships, as well as a wide range of boats and craft for U.S. agencies and foreign military sales.

Swiftships Shipbuilding, L.L.C.*, Morgan City, Louisiana, is being awarded an $18,000,000 not-to-exceed contract for the accomplishment of continuous lifecycle support for the Iraqi navy. This contract involves foreign military sales to Iraq. This contract will provide technical expertise in preventative and planned maintenance, emergent repairs, and platform overhaul support services for Iraqi patrol boats, off-shore vessels, and defender boats. Work will be performed on Umm Qasr Naval Base, Iraq, and is expected to be completed by October 2015. FMS funding in the amount of $9,000,000 will be obligated at time of award and the contract funds will not expire at the end of the current fiscal year. This contract was not competitively procured pursuant to 10 U.S.C. 2304(c)(4). Per FAR 6.302-4(a)(2) - full and open competition need not be provided for when precluded by the terms of an international agreement or a treaty between the United States and a foreign government or international organization, or the written directions of a foreign government reimbursing the agency for the cost of the acquisition of the supplies or services for such government. The Naval Sea Systems Command, Washington, District of Columbia, is the contracting activity (N00024-14-C-4217).
أعلى 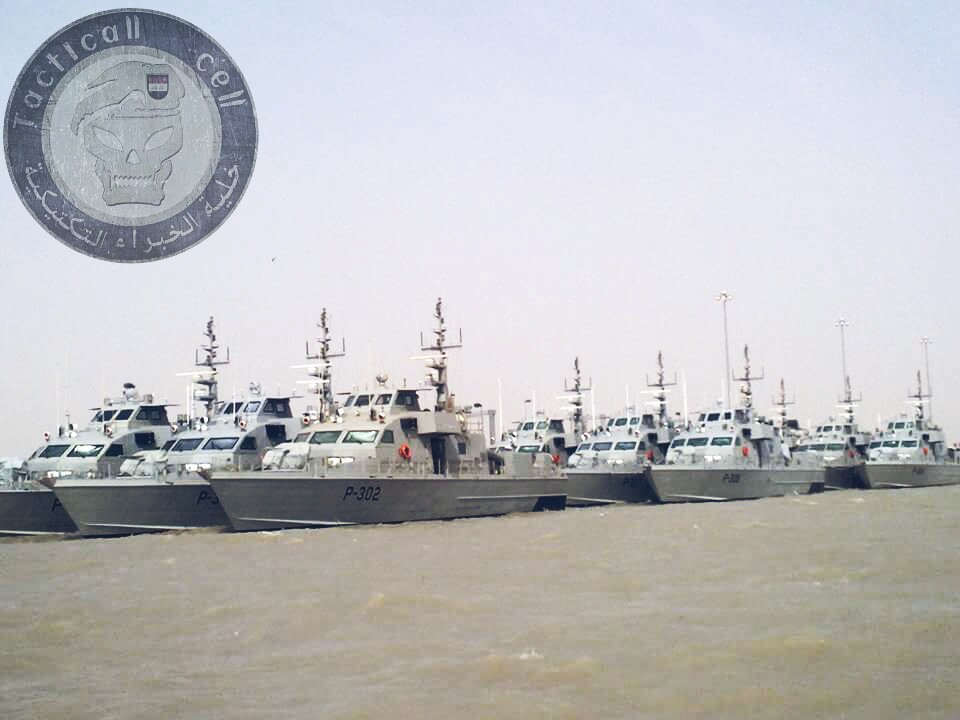