nice . so fleet is now 5 aircraft.

Iraq will receive the first new L-159 to be built in over a decade. The company is producing the aircraft to fulfil a 2015 contract for 14 of the type, which are largely coming from unwanted Czech air force orders using assets stored by the manufacturer at its Odolena Voda site.

The Czech air force originally ordered 72 aircraft, but after review, opted to reduce the fleet size to 24.

During the Farnborough air show in 2014, Draken International ordered 21 of the stored aircraft, and in 2015, Iraq signed a deal for more of the unwanted jets.

The Iraqi order consists of two twin-seat examples and 12 single-seat aircraft. Three single-seaters and one twin-seater are being provided from the Czech air force’s active inventory, while the other 10 were to be drawn from the stored fleet and included the additional trainer.

However, due to a number of single-seat aircraft having been used to create some earlier twin-seat models for training, the numbers fell short for Iraq, and a new-build example is now being prepared. 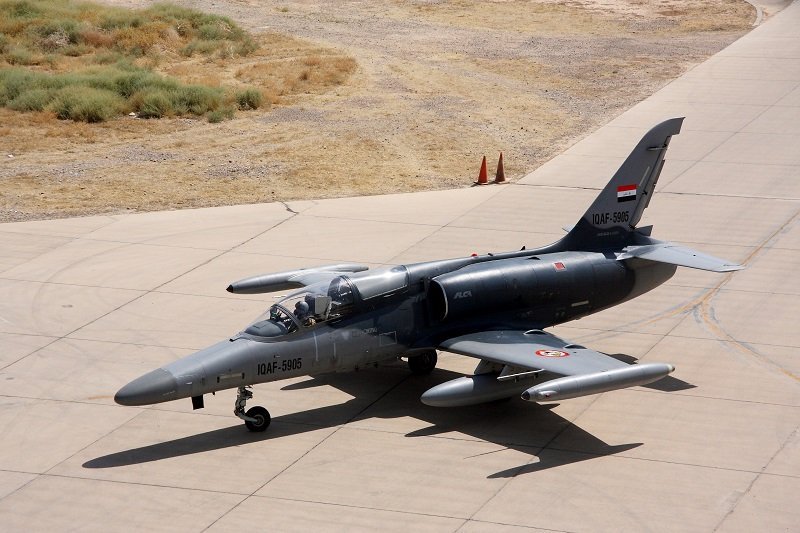 For a nose this large it's a shame the L-159 doesn't have an internal cannon.
أعلى

Next week, Iraqi air force will receive a new batch of L159 aircraft

According to Wikipedia, the price should be around $10 million a piece but Iraq got it for $2 million. Well, that's very cheap, I think – we sort of subsidized the fight against Daesh, I think. (We're planning to donate them some extra ammunition, too.) It seems that the officials of the Iraqi Air Force love it – the most beloved things are sometimes gotten cheaply and easily. It seems that when they buy another package – the production of L-159 got resumed in Aero Vodochody (with a Honeywell engine) – it will be for $10 million or more, not $2 million.

For decades, these toys – which are also able to seriously fight – were slow sellers of a sort. And the users of them were largely "learning to fly". Well, it has changed in recent months.


Finally, yesterday, official Iranian media (in English) and Iraqi media (in Arabic) informed us about some particular achievements of those L-159 jets:
Earlier on Saturday, Aero L-159 ALCA fighter jets of the Iraqi Air Force pounded a Daesh communication center in the central Bab al-Toub neighborhood of Mosul, in addition to an arms depot in al-Darnaj village.
There were several arms and ammunition depots pounded and mentioned in those articles but it's not clear which of those were targeted by L-159 and which by F-16.

It's sort of exciting to see that these toys are finally making some difference. These jets are small enough and sort of "minimal" to achieve certain things – but that may be ideal to actually do things in a conflict that is not too high-tech in most cases. The pilots know that they're only responsible for a toy they got for $2 million. So they may probably afford to do various things with them. My belief is that they may get much closer to the enemy, too.

My understanding is that only 12 of the 15 jets are meant to be used to fight – while the remaining 3 were sold to be disassembled to have some spare components for repairs. Only a part of the jets has been delivered and four of them are flying every day, an additional batch will arrive next week; corresponding 4 extra Iraqi pilots are being trained in Pardubice, CZ. The standard practice is for an ALCA to carry one 500-pound bomb on each wing (so far just "dumb", not guided, bombs). The fly at more than 1-kilometer altitude during the fights – a flight video 30 meters above the ground (in Sweden) is somewhere in the comments below.
General Faris Hasan Falah, deputy commander of the Iraqi air force: Our commanders specifically ask for L-159 because they can aim the targets well and they can be well operated above the ground.
Czechia has been an important enough producer of weapons. For example, when the Third Reich was conquering the Western Continental Europe, it was primarily relying on tanks produced here in Pilsen (Škoda Works). Assad's father has bought lots of the Czechoslovak weapons in the 1970s and 1980s – and has created quite some debt that has already been repaid. That's different from the Cuban debt to Czechia. The Cubans want to repay $276 million in rum, we were just told. It's a lot of rum. I am not sure whether even our president would be capable of drinking so much rum – and he's a world leader in similar disciplines. ;-)

To sell weapons may bring some ethical dilemmas. I, for one, think that they are heavily exaggerated. The people over there have to solve some disagreements and they are likely to kill or otherwise hurt the foes in one way or another. If someone is killed by a jet, is it so much worse than when his throat is cut? I am not so sure. To buy jets means to have a certain advantage. When such possibilities exist, it gives an advantage to the side of the conflict that has more money.

I don't claim that it's a rule but I believe that there is a positive correlation between the side's financial wealth and its being a more humane and civilized side of the conflict. I surely do think that that the Iraqi government is one of the most civilized sides in this collection of ongoing conflicts. But I do appreciate that in a year or several years, I could be sorry for this current attitude of mine. The current Iraqi government is probably increasingly close to Iran and with some dangerous Iranian policies – especially the so far verbal attacks against Israel – these Shiites could very well turn into the "most obvious villains" of the Middle East in a foreseeable future.

But the Czech maker of the aircraft can't really be held responsible for all such conceivable future mishaps, I think. They're doing some politically impartial engineering and business and that's the primary angle that gives me some moderate pride because I am Czech. Like science, the aircraft may be used for more noble goals or less noble goals and it's primary the user who gives the ethical signs to science and technology. Also, while something may go wrong with Iraq, I think it's very unlikely that something will become great about Daesh and I will be sorry that they will have been pounded by the jets.

And there's one more point I wanted to make in the morning but I forgot: I think it's way more natural to sell these folks – like the Iraqi government – some technology and train them than to join the fights with our own armies. At the end, I do think that Daesh is primarily their problem, it is their war, not ours.

Good luck to them.
أعلى 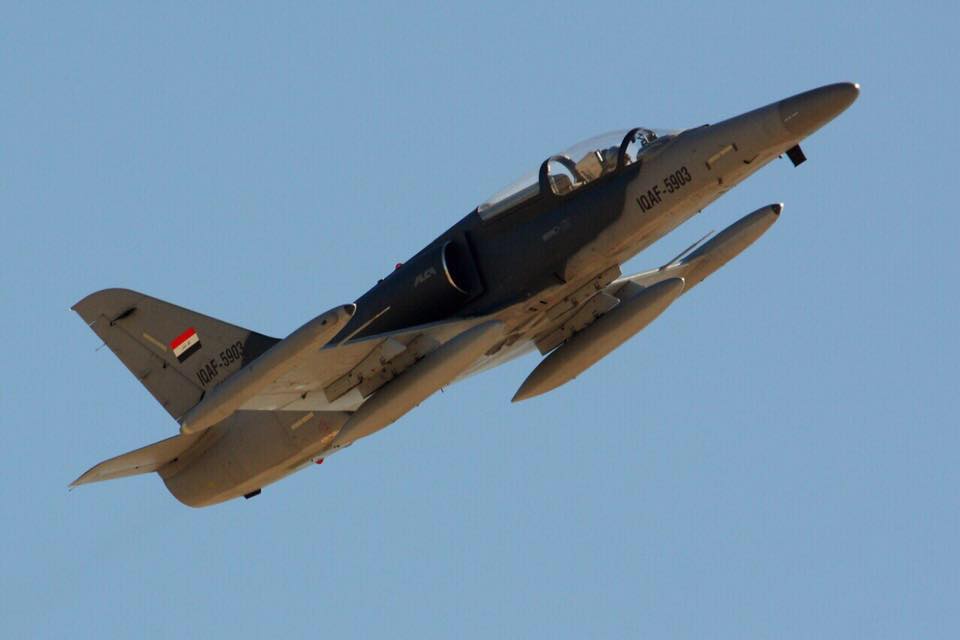 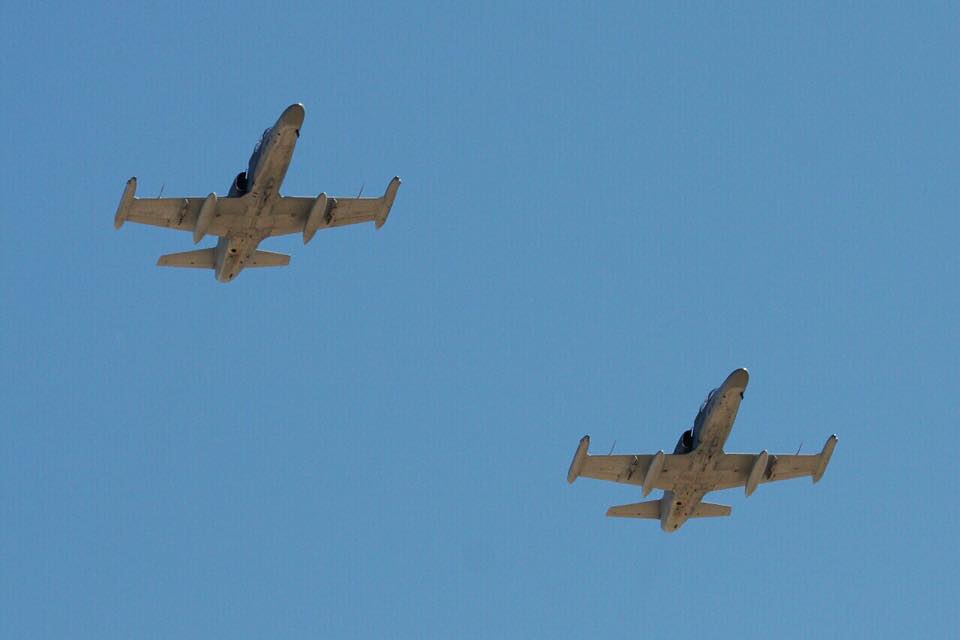