They are now in the sea on their way to Iraq.
أعلى 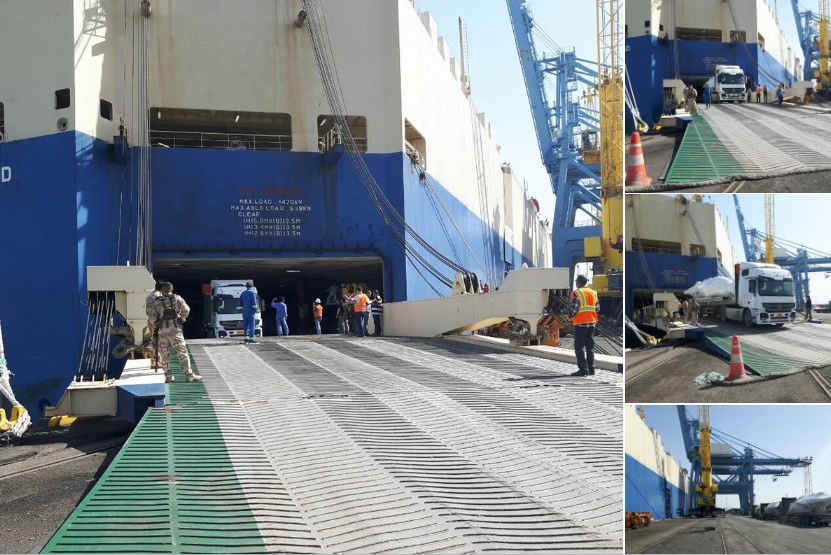 Iraq on Sunday announced it received a new shipment of South Korean T-50 fighter jets as part of a military agreement between the two countries.

In a statement, the Iraqi Ministry of Defense said it had received the third batch of aircrafts, which consisted of six jets.

The total number of T-50 planes Iraq has received from South Korea over the past four years now stands at 18.

The first shipment arrived in March 2017, and the second delivery of jets was made earlier in May of this year.

The T-50 fighter jet, also known as “Golden Punishment,” is a modern and highly maneuverable aircraft.

The jets, and training on how to operate them, are valued at $1.1 billion, but the Korea Aerospace Industries (KAI) announced it would also provide support for the aircraft for over 20 years, pushing the total value of the deal to as high as $2 billion.

meanwhile... suwaira air base is still not ready.
أعلى

i didn't see these in the 6th january fly by.

even the L159s were there. Looks a bit odd.
أعلى

Iraq orders a 3 year MRO contract for maintenance of the T50IQ aircraft.

KAI will support a fleet of 24 T-50IQ supersonic advanced trainer aircraft in service with the Iraqi Air Force.
Korea Aerospace Industries (KAI) announced on 8 November that it has received a $360 million contract from the Iraqi MoD to repair and maintain a fleet of trainer aircraft.

Under the three-year deal, KAI will perform MRO services for T-50IQ supersonic advanced trainers (the Iraqi designation of the T-50 Golden Eagle).

Iraq received 24 T-50IQs from 2013 to 2019, to meet an IQAF lead-in fighter trainer requirement. Shephard Defence Insight forecasts an out-of-service date of 2038 for the Iraqi T-50 fleet.

The aircraft can be converted to light attack missions with weaponry such as the AIM-9 Sidewinder air-to-air missile or Joint Direct Attack Munition.
أعلى

so breakdown of the cost of maintenance.

that's $5M a year per aircraft.

That's a third party maintenance cost of $17K per flying hour. Excluding the parts and labour and fuel from the Iraqi side.

that's $5M a year per aircraft.

That's a third party maintenance cost of $17K per flying hour. Excluding the parts and labour and fuel from the Iraqi side.